First brewed to celebrate the golf Open Championship held in 2013 at Muirfield, right next to our brewery this pale ale has proved so popular that we made it a permanent addition to our range. 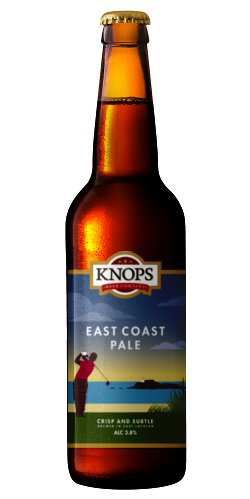 This is a subtle, sessionable pale ale showcasing the pale malt for which East Lothian is famous for. It was designed for thirsty golfers - players and spectators, but is equally refreshing for non-golfers.

The label shows the island of Fidra, one of the many islands in the Firth of Forth and which is visible as you enter the Archerfield Estate where our brewery is located. The island has a thriving seabird population including puffins. It laso has an old chapel dating from the 12th century and Robert Louis Stevenson is said to have based his map of treasure island on the shape of Fidra.